Whose freedom of speech matters most? | The Jaymie Icke Show Preview 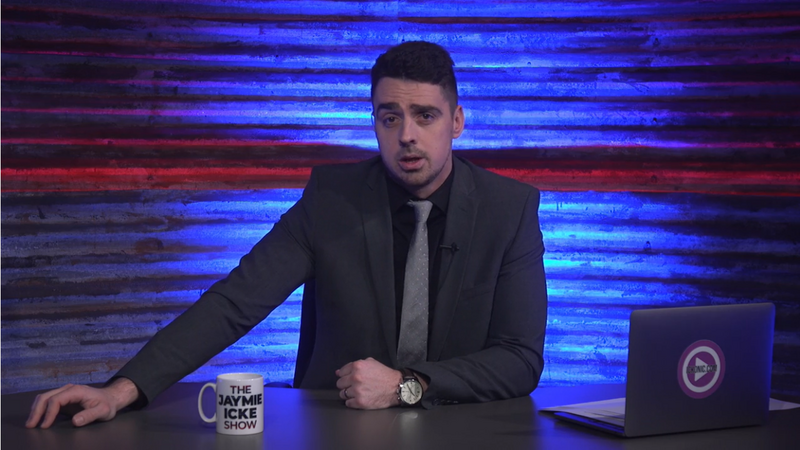 If you've read any of my articles before or watched any of my episodes then you'll know I'm a pretty passionate guy about many things, but few come above freedom of speech, I think that is the bedrock of any fair and honest society, it's by no means the only thing that makes a fair society, but any society that doesn't have freedom of speech, in my eyes it doesn't really matter what else they do, it's not a fair society.

Freedom of speech has to be the number one place the start when looking at how to build a fair society.

We need a saviour

Something I hear plenty in this line of work is people talking about a saviour, well in my eyes looking for a saviour is once again, giving your power away to someone else, it's handing the keys to your freedom over to a complete stranger. In order to truly take our power back we need to get out of that mindset, and take some self-responsibility for the future we want to create.

On this week's show I speak to a social commentator Luther Beckett, who joins me online from Albania, he's not short of an opinion or two online, and has some very interesting things to say.

We speak about the Twitter CEO Elon Musk, and whether he is the ‘saviour’ that everyone seems to be looking for, or is he simply a wolf in sheep's clothing attempting to play the role of the ‘good cop’ when in truth he's the villain of the tale. So many in the alternative media have pinned their hopes and in some cases reputations on the fact that Elon is the man to save the day, I disagree but only time will tell.

I also speak with Luther about the ongoing migrant crisis in the UK, where the majority of migrants coming on small boats originate from Albania. I ask him whether this is something being discussed in Albanian society, and if so what is it really all about? Are they building an army? Or are they simple people fleeing for a better life?

Politics is so out of touch

Leader of the Heritage Party David Kurten joins me to discuss last week's protest outside the BBC in London to highlight the vaccine injured, a protest that was attended by former conservative party MP Andrew Bridgen who was thrown out of the party for asking questions about the safety of the vaccine.

The mainstream parties have made their stance pretty clear that they're not interested in these people and their concerns, deaths or injuries, but the majority of the fringe parties are beginning to take an interest, except one it seems. The leader of the Reform party Richard Tice scored an own goal last week when he was asked in an interview whether Bridgen would be welcome within his party, he said no because of his views on the vaccine. Since then he has done nothing but retreat and back-peddle in an attempt to damage control, as the response to his comments was less than favourable, even from within his own party.

Politicians and in this case aspiring politicians are completely out of touch with what real people actually think, and the gap is only becoming more clear to see.

It's a racist attack, oh wait…

American comedian and commentator Alex Stein joins me to discuss the two mass shootings in California this week, initially, they were claimed to be racially motivated and part of a new growing wave of ‘Asian hate’. The two targets of the shootings were Chinese New Year celebrations, so the claim of Asian hate seems a reasonable one until it transpires that both the shooters in each case were themselves Asian.

This story echoes the shooting a few weeks about at a gay nightclub in the US, when the initial news reports called it a ‘homophobic’ attack, again when the truth surfaced, it was leaked that the shooter himself was gay.

And as with the California shootings story, the news coverage suddenly disappears very quickly.

As always I'll end the show with a hero and villain of the week, in the studio to throw this around is Ickonic filmmaker Christianne Van Wijk. Honestly, there are too many to choose from for both of these categories every week. There are some incredible people and groups out there doing amazing work, whether they're helping one person or a 100, it's the heart to help anyone that makes you a hero. On the flipside, there are plenty of villains out there too, and not all of them are evil, in fact, most probably aren't, they're just brainwashed and incredibly misguided.

What do I think?

As well as my three guests, I'll also be giving you my take on the top stories of the week, and hopefully leaving you with something to inspire you to stand up and take control of your life. After all, you're the one in the driving seat.

The Jaymie Icke Show is available every Wednesday evening, 7pm UK time only on Ickonic.

Trustee of Mermaids resigns due to connections to a paedophile group

After The Times reported that Dr. Jacob Breslow had attended the B4U-ACT conference as a PhD student in 2011, he resigned from the transgender children's organisation.

Paedophiles should be allowed to live "in truth and dignity," according to B4U-ACT.

The organisation, according to Mermaids, is...